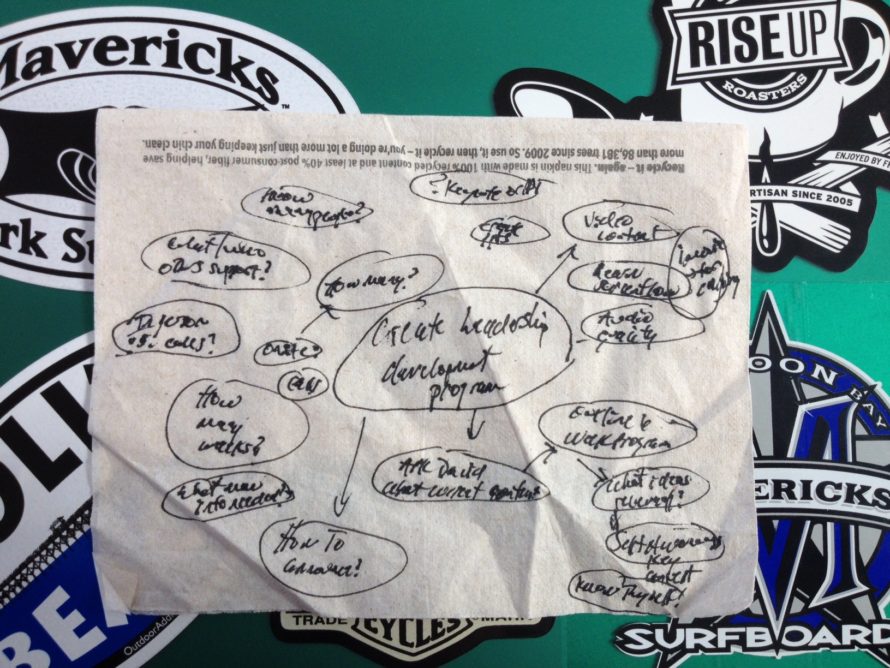 Someday is not a day of the week.” -Janet Dailey

When we look at how much “stuff” we have to do and how many projects we have on our list, it can feel overwhelming. And it is especially overwhelming if we have that one repeating thing on our to-do list everyday. For example, one thing I had on my list for weeks was “create a leadership development program”.

Right. I’ll just sit down and do that after work.

You can imagine what my mind did every time I hit that thing on my list. I would skip it and jump right to the next one-step thing such as “call the dentist”. Yes, that one I can check off! It’s interesting how that naturally happens, isn’t it? I’m sure you have suffered from the same seemingly procrastinator’s paralysis in the face of such a massive undertaking (I’m referring to the leadership program, not calling the dentist). I’m defining a project as anything that takes more than one step to complete. Lest you think I am totally brilliant, this definition is from David Allen, author of Getting Things Done. Have a lot more projects than you realized? Hang in there! (You are still welcome to think I am brilliant though).

One of the best things I ever learned about projects is what I like to call “break it down”. First, know what you want success to look like and then “break it down!” Clearly there were a lot of steps that needed to occur before success would be mine with this project. Such as, well, creating the content.

You don’t actually do a project, you can only do action steps related to it.” -David Allen

I defined all of these next steps on the back of a napkin while sitting in a coffee shop one day. Yes, it was very high tech and classy. I did what is called a Mind Map of all the next steps I could think of and in no particular order. (Psychologist Tony Buzan wrote about mind mapping, and has several excellent books on the topic, one of which is appropriately titled The Mind Map.) Without boring you with all of the gritty details of my next steps, they each had some version of an action verb such as “email so and so”, “look up such and such”, or “write section X”. Notice that each next step provides just one, very specific action to be taken. Diligence pays in crafting your next steps in this way to prevent that overwhelming paralysis from returning. Next, I did my best to put them in a linear order as needed. Meaning, if one step depended on another, then I put that one on the list first. For example, “make a list of the sections I wanted to include” must be done before “creating the videos” can be completed.

Here’s a really cool thing that happens. You quickly realize that some things can go on your next actions list all at once because they aren’t dependent on a previous step! Voila! Now we’re taking the next step!

The one next step that will change your life is always just the next step.

What projects have you identified and how you have applied “break it down”? Do you find it helpful to identify the one next step?