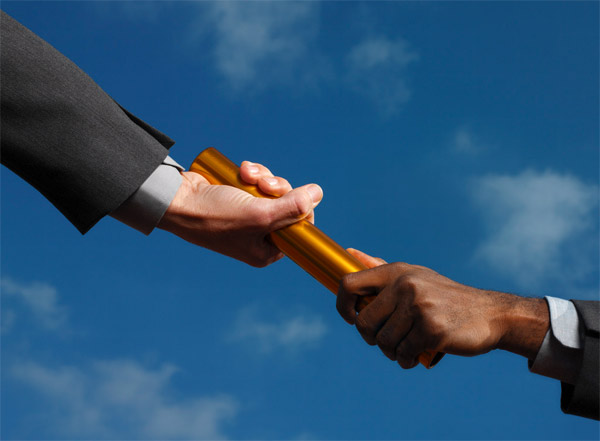 One of the most common questions I am asked, as a leadership consultant is “how do I get my employees to take responsibility for their job?”  Well, my first response is that we can’t really make anyone do anything however, there are some pathways to allowing a shift within each person that can allow for individual responsibility and ultimately a culture of ownership to be present within an organization.

Leaders must first begin by taking full ownership of their own roles and responsibilities with the understanding that they are the co-creators of their experience.  Co-creating means that they are not the sole creator and this allows leaders to recognize and value all of their team for their individual contributions. By claiming responsibility from a place of creating versus controlling, leaders become more interested in what they can bring forth through the people that report to them than they do in looking for perceived problems.

The search for problems is often what allows leaders to feel at the effect of events that are occurring around them resulting in their teams behaving in much the same way.  And, feeling at the effect of events and thinking that there is no control is what continues the cycle of non-ownership and irresponsibility to remain in place.  By claiming full creative responsibility, leaders and their teams are allowed to step into a space of what is possible for them and to come from decision making in a state of what they would like to create instead of what they need to control and be in reaction to.  Decisions that were “either or” become “either, or, and”.  The resultant of this type of shift is that leaders and teams feel free to create and to be in the moment with their work. This space is what allows people to take full ownership of their roles and responsibilities. They see themselves now as having the ability to create that which they would like to see come forth in their work and in their lives.

This all sounds great and wonderful doesn’t it?  But how does that occur?  One of the first steps in beginning to step into full creative ownership lies in creating environments of permission to fully express feelings, emotions and thoughts to allow for open and candid communication. Often this scares organizations, teams and individuals.  We have been taught to hide most of our feelings. Does this mean that everyone will be running around just yelling at each other?  No. In fact, it means just the opposite. By guiding individuals to learn to tell the truth about what is occurring for them in the moment, teams are able to stay present. Emotions are no longer suppressed and the stories that go along with that suppression are able to move themselves out of the way as well.  Teams and their leaders now work together in a state of co-creation versus hidden stories and adverse relationships based on hiding. Imagine a leader stating to one of his team members, “I noticed that you showed up late to the meeting and I felt this tightness in my stomach and I felt angry and scared.  I had the thought that you didn’t really care about the presentation that I was giving. I’d like to check out my story with you.”  This is candid and open communication and a leader taking full responsibility for what was truly occurring in the moment. This is the beginning of what allows teams to operate at a high level of creating and ownership.

Through candid communication a path towards acceptance is created.  This is the second space that leaders and their teams can progress into that is a definite game-changer for most and truly allows teams to move into their full creativity with one another.  The creation of a “problem” really lives in resisting what is occurring or what has occurred. Problems can only exist when acceptance of an event is looked at as something that “should be different” or “should not have occurred”.  This thinking pulls leaders and their teams away from the present and either thrusts them into the past or the future where no solutions can be found. Then teams spend their energy and time in the past looking to place blame and criticism and find who created this issue in the first place. Eventually going into the past proves futile and then teams go into the future with decisions being made from wanting to control so that “this never happens again.” Through acceptance, leaders are able to stay present with their teams first. Acceptance of an event lets leaders and their teams have the power to create in the moment by recognizing that they are able to respond in curiosity but no longer react in resistance to any moment. Through acceptance first and then action, teams become united and stand in a space of co-creating that which they would like to see happening in their organizations.

Creating a culture of ownership doesn’t happen overnight.  However, through solid leadership commitment and a desire for expanding into greater and greater easeful work, leaders and their teams can experience all of the success they imagine while at the same time experiencing peace, fun and happiness.